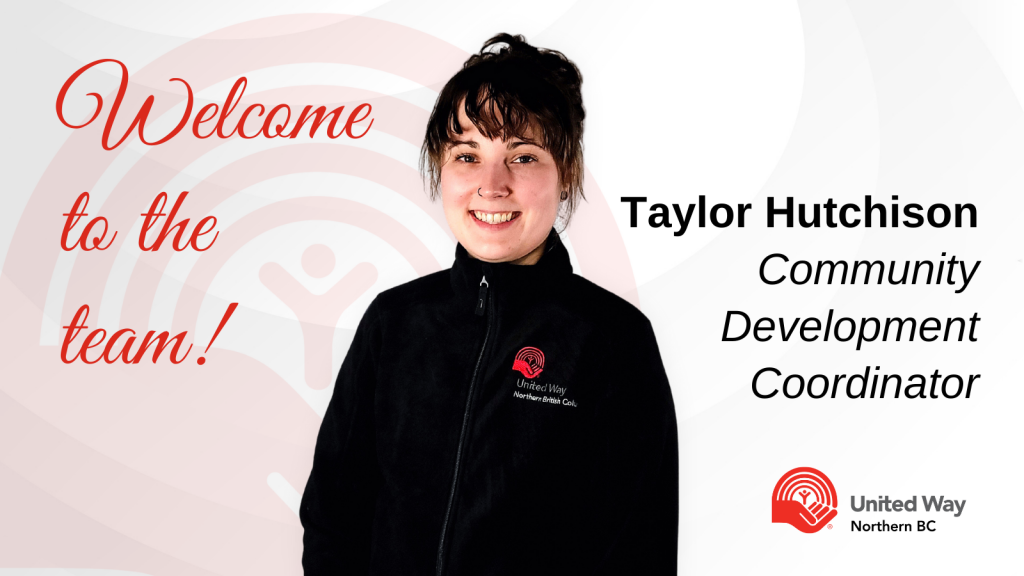 Taylor Hutchison has joined the United Way of Northern BC (UWNBC) as of January 24, 2022, in the position of Community Development Coordinator. Taylor is working from her home office in Prince George, connecting with the rest of the United Way of Northern BC team working in a hybrid home/office environment. Taylor can be reached at 250-561-1040 or via email at taylorh@unitedwaynbc.ca .

Taylor is a driven, independently motivated individual who has dedicated her life to helping others. Prior to joining the United Way family, she worked at the College of New Caledonia as the Curriculum Officer where she was responsible for liaising between different faculties and stakeholders to support existing and develop new programing at the college, while also acting as a student advocate on several policy writing committees. She also worked a few summers as a Camp Counsellor for the Cariboo Action Training Society, an alternative to youth incarceration focused on teaching life skills, which solidified her desire to work with agencies providing meaningful support to underserved communities.

Outside of work, when she isn’t up a mountain or on a yoga mat dodging around her whacky toddler and two high drive working dogs, she could be found tutoring science and math for the Takla Lake First Nation youth or instructing yoga classes at various studios throughout Prince George.

As a rural northerner, originally from McBride and now residing in Prince George, Taylor is very excited to continue her journey of serving the region with the United Way of Northern British Columbia.

Please join us in welcoming Taylor to the team!